Raymond and Victor got the Merlin award 2017 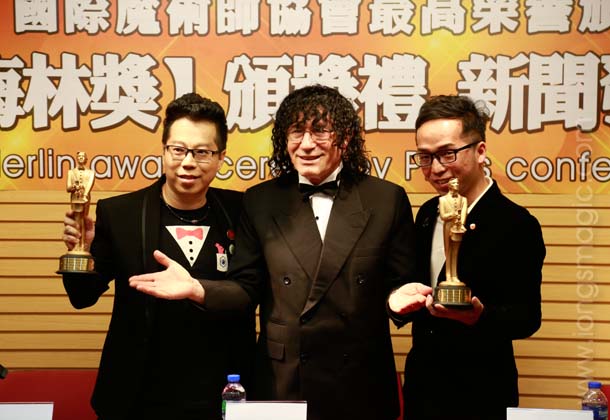 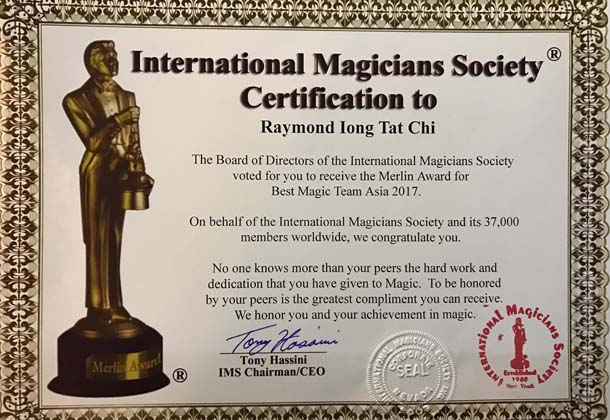 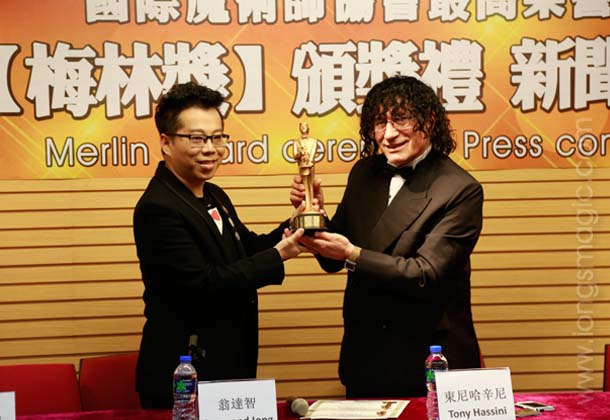 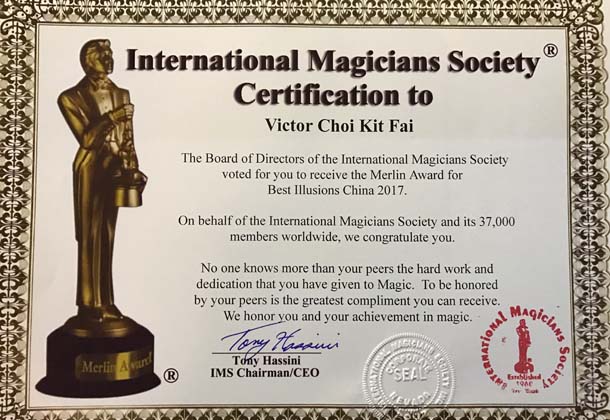 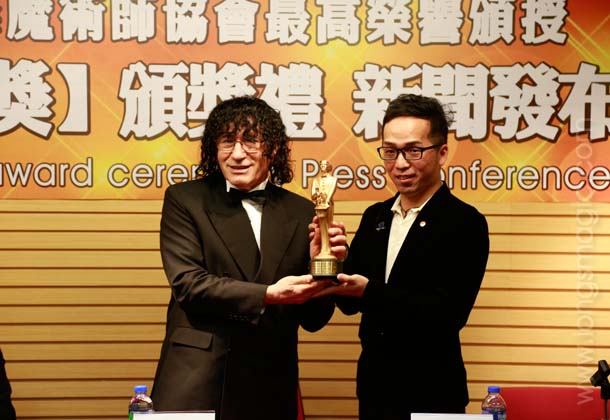 Merlin Award is presented by the IMS (International Magicians Society) to those excellent magicians who are selected from all over the world each year. There is a red carpet ceremony every three yeas. The Merlin Award to magic is what the Oscar is for movie，what the Emmy is for television, and what the Tony is for theatre. Merlin Award is the highest affirmation for the magicians’talent, showmanship, originality, skills and all kinds of rare abilities.

Ramond Iong，a magician from Macao, won the first Merlin Award named “Lifetime Achievement Award” . And he was the first Chinese to get this honor. Then in 2015, he got another Merlin Award named “The Best Scene Magic Asia 2015 ”. In 2017，he got the Merlin Award for the third time，and this time he got the title of "The Best Magic Team Asia”. In order to praise Raymond's results and contributions to the magic industry in the world, Tony Hassini, who is the chairman of IMS, came to Macao and presented the prize to him personally.

In additon，magician Victor Choi Kit Fai, who is also from Macao, is going to got ”The Best Illusions China”of Merlin Award. These years, the IMS has censored many large-scale magic shows in different places of Asia, and they consider Victor’s show meets the criteria of Merlin Award, so they decide to approve of him. As a result, the two great magicians from Macao, master and apprentice, both win the Merlin Award, it will be a new history. Furthermore，it can even be a much- told event.

Supplement：Raymond Iong is the founder of IONG’S MAGIC，which has rushed to the world and has become a brand in the magic industry. What's more, in June, 2016, the well-known Hollywood movie Now You See Me 2 took IONG’S MAGIC as the theme, The Iongs acted as the Eye in the movie，and Jay Chou acted as Raymond Iong. The movie plot is on the background of how the Iongs help the four horsemen overcome the evil. The movie did very well at the box office，and it grossed up to 700 million at the box office in Mainland China. What deserves to be mentioned is that more and more movies add Iong’s magic into their movies，including a Chinese movie named Top funny comedy, which was on show in the Spring Festival of 2017. There is a movie scene shot in the store of Iong’s magic, Raymond Iong is a guest actor in this scene, and he is well-received by acting as this character.